What Is Nipah Virus? How It Spreads? How Dangerous It Is?? 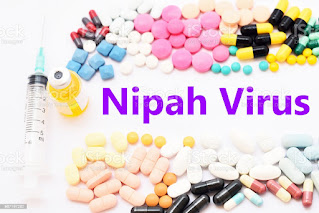 As indicated by WHO, the Nipah infection contamination is a recently arising zoonosis, that is, a sickness communicated from animals  to people. The infection has a place with another class named Henipavirus (subfamily Paramyxovirinae). Nipah surfaced in Kerala in 2018 when the first patient to get the illness (from natural source bats) was 27-year-old Mohammed Sabith, an occupant of Changaroth town in Kozhikode. He was conceded to Perambra Taluk Hospital on May 3.

The clinical manifestations of Nipah are like that of flu: fever, muscle pain or malaise, and respiratory issues. But the most dreaed manifestation is irritation of cerebrum or encephalitis which is really dangerous

Many people in countries like Singapore and Malaysia have direct contact with pigs or nipah virus from their controlled tissue (contaminated tissue) .As earlier mentioned it a zoonotic desease that means it spreds from animals to humans.

Also the raw palm juice which can be contaminated by the urine and saliva of the bat, is believed to be responsible for the infection of nipah virus.

what is the incubation period of Nipah virus

It is usually 5 to 15 days that means the symptoms develop usually within 5 to 15 days after the person infected.But sometimes it can be upto 45 days also as some reports says.

How to detect Nipah virus

It is very difficult to detect Nipah virus at an early stage. The patient’s clinical history is usually the important part.

RT-PCR test which is done from the body fluid can diagnose the virus.
Other some important test done to detect the virus are PCR,Serum neuralization test and ELISA.

What is The Cure

Nipah virus has not yet been found to be treated.
It has neither an accurate drug nor a vaccine.
Ribavirin drug to be against Nipah virus is seems to effective but that too in laboratory ,not yet clinially tried in human.