Recently Both double and triple mutants strain are reported from India which has been a major concern for all over the world.India is struggling with the fresh new wave of Covid19 making it the second most worst- hit country in the world. 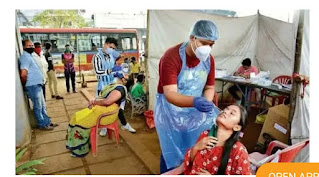 What is Double and triple mutant strain?

Double mutant or 1.617 first reported in India in Maharashtra when researchers found that two mutant strain E484 and L452 are found together in one varient.Earlier these two strains were found separately.
Maria Van Kerkhave ,the who officer on Covid told on Friday morning ” This is a variant of interest we are following, having two or three which have been seen in other variant around the world are of concern”
According to Jenny kame,virologist from Louisiana E484Q is similar to E484K which was found in B.135 that was found in South Africa and L452 is similar to so called California varient ( B.1.427) 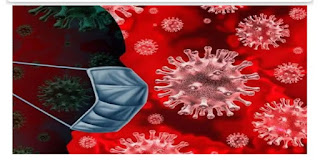 Is the new variants are the cause of India’s new surge of Vivid cases?

According to Dr Rakesh Mishra,director of Hyderabad based centre of cellular and molecular biology (CCMB) told that in Maharashtra 20 percent cases are double mutant .So it is obvious that the new surge is not few to double or triple variants but of we course we have to focus’s the behaviour of these new strains.

These new strains are more dangerous?

As we mentioned earlier viral mutations are natural but some times if the mutation occurs in the spike protein than it may be more infectious and more virulent.That means these double or triple mutant strains may have more faster speed or more lethal.More over they may be vaccine resistant.

The symptoms of the Covid19 new varieties are almost similar but it spreads more rapidly or may me more aggressive in nature.

Recently Indian genome scientist have detected another mutant variety where there are triple mutation also called Bengal strain(as mostly reported  from west Bengal).Scientist named it 1.168.
The behaviours and aggressiveness of this triple mutation is yet have to be studied as number of cases are still very low.

Can I get covid again?

Recent several studies showing that individuals who had earlier infection may get reinfected .Even after vaccination the immunity is not guaranteed.So the three basic rules like social distancing, frequent hand washing and wearing masks are still the most important steps we should follow.

It can’t be said with guarantee.It should work against most of new strains but few strains will definitely escape.
Conclusion: As the number of death toll approaching near 2 lakhs in India so Govt should take appropriate measure to save our country from this dreaded virus and the people of India also obey the Covid 19  protocols.
Also Read Covid 19 vaccine for children and teens