Till  today even after getting vaccines against Covid19 ,there is no indication that corona will go away soon. Since December 2019 this  new or novel corona virus is creating havoc around the world. Till today almost 13 crore people are infected all over the world and death toll is about 26 lakhs. 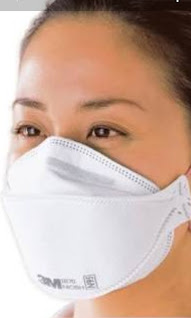 Corona is not a new virus. It was first discovered under electron microscope in 1965 by June Almeida and David Tyrrel. They name it Corona because of its crown like appearence.But it was confined to animals and birds like dogs, chickens, bats etc. But its first mutation came to know in 2003 in China when it causes a severe respiratory tract infection (SARScove1)

And then in 2019 as all of we know SARS cove 2 came which was called New or Novel Corona virus or Covid 19.

The following 7 strains of corona virus can infect humans :

What is covid 19 new strain?

This new strain is little bit different that the original one. Geographical separation is one of the major cause of mutation. And this is happening with Covid19 also. Thousands of strains are produced now .One important thing is that the more the infection the more the chances of mutation also. So new strains will come and go. But the thing which is of our concern is that some strains identified particularly in Britain, South Africa and Brazil are showing its infectivity rate is 70 percent faster than the original one and it is thought that some of them particularly South African one may be vaccine resistant and reinfect a person who was previously suffered from covid 19.

First mutant strain was reported from UK in September2019 and was named it as B.1.1.7. It should became very dominant in U.K as well as in some other countries also.  It was told by researchers that its infectivity is 70 percent faster than the original Covidb19.

Second Strain which was first discovered in South Africa was B.1.351. This strain is really a matter of concern now to the scientist. It is thought to be resistant to the vaccines already developed. Moreover it can reinfect persons who already suffered from Covid19.So Scientists and researchers are keeping constant eye on this virus.

Yes it is thought like that .As the initial reports came this vaccine has no or minimal effects to Astra-zanecia vaccine. But the trial is going on with other vaccines. Moreover it can reinfect persons who already recovered from Covid19.But it is thought that if it reinfect then most probably it will cause syptoms in lesser severity.

New strains of Covid19 in India 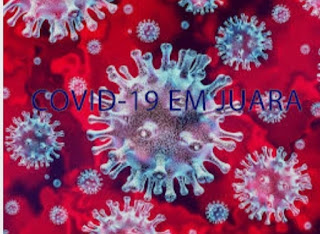 More than 5000 strains are running in India. The U.K ,South African and Brazil varieties are also infecting in India. Union ministry of India said few days back that two new variants of Covid 19 are detected in India in Maharashtra and Kerala called N440K and N484K.

But Govt of India rejects the possibilities of recent spikes in covid cases in India is due to the new strains.

N440k strain is more prevalent in southern states of India — according to a study conducted by Centre for scientific and industrial research(CSIR) and Centre for cellular and molecular biology(CCMB) jointly(.CSIR-CCMB).

Is the new strains are more dangerous ?

It has been found some of the  strains as already i mentioned like B. 1.1.7 and B.1.351. are really a matter of concern as they can infect humans at 70 percent faster rate than the earlier one(UK strain) So number of cases will be more ,more so will be the deaths also. If some strains comes out to be vaccine resistant then the condition will worsen faster.

Will there will be more mutation in future?

Yes, definitely .All virus go under the process of mutations. Mutation is a natural process for a virus. So Covid 19 will also go on mutating and it is less likely that mutatat strain will create havoc in the world ,automatically we will develop herd immunity against this virus and its strains also very soon.

Will children are infected more with this new strains?

As such there is not enough evidence to come to that conclusion. Probably is the infection rate is more with some strains like UK strain so more people will be infected so more children will also be infected. But till now there is no conclusive result from anywhere to establish that

What new precautions we have to take for new strains? 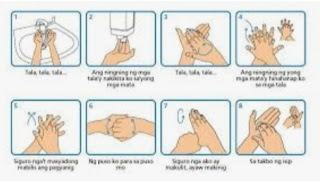 Nothing new. All the earlier ways we know Social distancing ,frequent hand washing and wearing mask are all enough.

How are the coronavirus varients are different

It is known from the reseachers that new variant found in UK (B.1.1.7) have 17 changes in their  spike proteins and it is more contagious.The spike prteins cover the outer layer of SARS cove2 and gives a spiny appearence of the virus.Because of these changes they can more easily attach to our nose and lungs or they can live longer.

Would the Covid19 vaccines be effective against the new strains?

Most of the cases the covid19 vacccines available now will give protection .But the strain discovered in South Africa is showing very much resistant againt the vaccine particularly the Astra-Zanecia .So it is too early to comment on that.Lets see what hapoens.Reaserchers are working on it and soon we will get the answer.